We use cookies to give you the best online experience. Please let us know if you agree to all of these cookies.

My parents smoking made me really anxious, and I was regularly vocal about the fact. But I didn’t realise that by them smoking around me, in the home and in the car, I was also being put at risk of becoming ill.

Caitlin Wilde from Tameside in Greater Manchester was just 17-years-old when she was diagnosed with leukaemia, cancer of the blood. Now 20, Caitlin was fully recovered until recently when she discovered that her graft versus host disease (GvHD) has progressed further into her lungs which means she now needs home oxygen. Caitlin is raising awareness of the risks of second-hand smoke.

I’m not angry at my parents for smoking, or for smoking around me. I’m angry at the tobacco industry. They continue to produce, market and sell a product that kills 1 in 2 lifelong users, stealing lives and breaking families apart.

Growing up, both of Caitlin’s parents smoked, and as a teenager she would often worry about the impact smoking was having on their health. Second-hand smoke comes from the tip of a lit cigarette and the smoke that the smoker breathes out. Breathing in second-hand smoke, also known as passive smoking, can increase the risk of getting the same health conditions as smokers.

During a school science lesson, Caitlin learnt about the health impacts of smoking and the increased risks of developing serious health conditions including cancers, heart disease, stroke and COPD.  Scared of losing her parents early, she would regularly drop hints to try and get them to quit.

Caitlin said: “My parents are older than most of my friends’ parents – my mum had me when she was 38. I love them so much and I was petrified of having my time with them cut short.”

“My parents smoking made me really anxious, and I was regularly vocal about the fact. But I didn’t realise that by them smoking around me, in the home and in the car, I was also being put at risk of becoming ill. I thought I’d be OK because I never smoked myself.”

But when Caitlin started suffering from migraines, body pains, bleeding gums, bruising and fatigue, she knew something wasn’t right. Initially thinking she had an iron deficiency, her symptoms eventually got worse, to the point where she couldn’t get out of bed and was having extreme night sweats.

After several GP appointments and blood tests, Caitlin was referred to a haematologist which led to her diagnosis of Acute Myeloid Leukaemia (AML) on 31 May 2018. Within two weeks of being diagnosed, Caitlin, who was a fairly active teenager with dreams of becoming a professional dancer, was undergoing chemotherapy and spending her summer in hospital.

Caitlin was unaware of the dangers of second-hand smoke and that children who live in a household with a smoker are more likely to develop asthma, chest infections like pneumonia and bronchitis, meningitis, ear infections, coughs and cold. The likelihood of developing cancer is also increased.

Growing up in a household where both parents smoked, Caitlin was often breathing in many of the harmful chemicals contained in cigarettes.

She added: “I’m not angry at my parents for smoking, or for smoking around me. I’m angry at the tobacco industry. They continue to produce, market and sell a product that kills 1 in 2 lifelong users, stealing lives and breaking families apart.”

In 2019, after two five-week rounds of chemotherapy and a bone marrow transplant, Caitlin was finally free of cancer.

“It worries me to know how many people out there are still smoking. I’m especially worried that children are at home with parents who smoke, and they just have no escape from the harmful cancer-causing toxins that are in cigarette smoke.”

Caitlin’s parents still battle an addiction to smoking but her mum has recently taken up knitting to reduce the amount she smokes, and neither parent smokes in the house or in the car since Caitlin became ill.

“I know that smoking is an addiction and that once you start it’s really hard to stop. I’d like my parents to stop, and I know how vast the amount of available support is out there, but I also know that it can be hard to feel confident about quitting if you’ve tried and failed before.”

Caitlin was studying media at the time of her cancer diagnosis and had to give this up whilst she was ill. Since then, she’s become an active volunteer, sitting on local hospital cancer boards and helping to develop information packs for young people living with cancer.

Caitlin is passionate about supporting other young people and also wants to help raise awareness of the dangers of second-hand smoke especially after her own health has deteriorated recently.

“Unfortunately, I’ve been in hospital recently as my graft versus host disease has progressed further into my lungs and I’m going to be on home oxygen from now on. GvHD happens when particular types of white blood cell (T cells) in the donated stem cells (the graft) or bone marrow attack your body cells (the host) as they seem the as foreign. Since this has happened, my parents and brother have vowed to work towards quitting smoking, and they have been in contact with our GP for advice and support.”

Caitlin is supporting her parents and brother to quit smoking after she was diagnosed with leukaemia, cancer of the blood and wants to warn others about the dangers of second hand smoke.

Find your way to quit 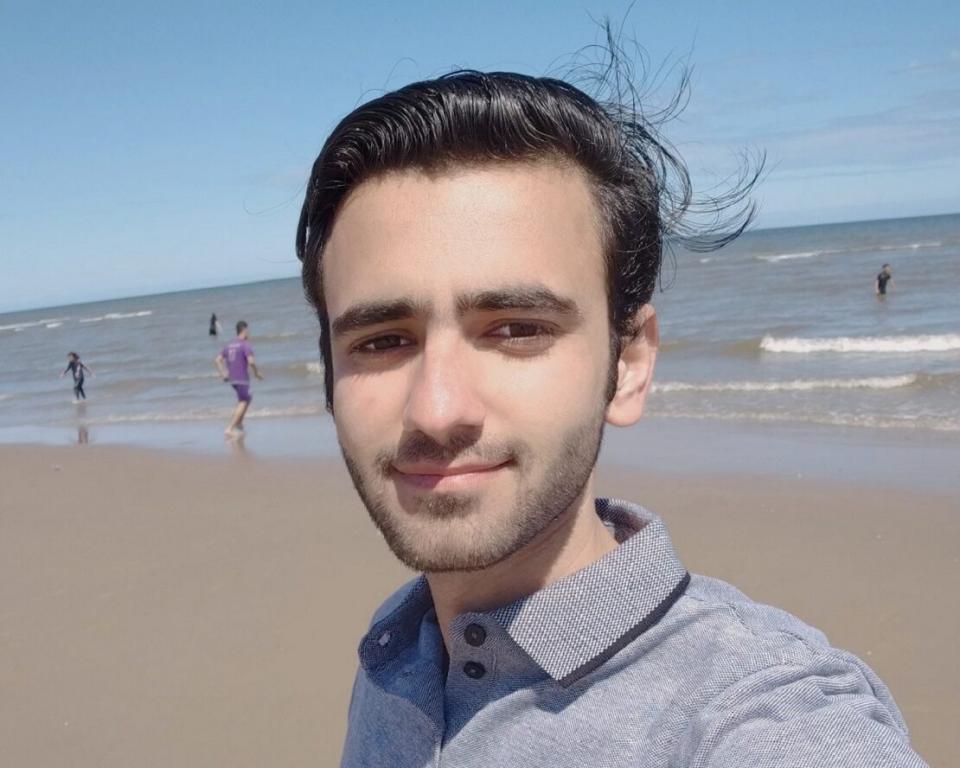 I hid the fact I smoked, as no-one in my family smoked and none of my friends smoked. In fact, in the area I lived smoking was frowned upon.
Read Ajlal's story

My advice to anyone else considering quitting is give it a go and don’t worry if you relapse, it’s all part of the process. Just keep trying and find a quitting aid that works for you.
Read Nikki's story